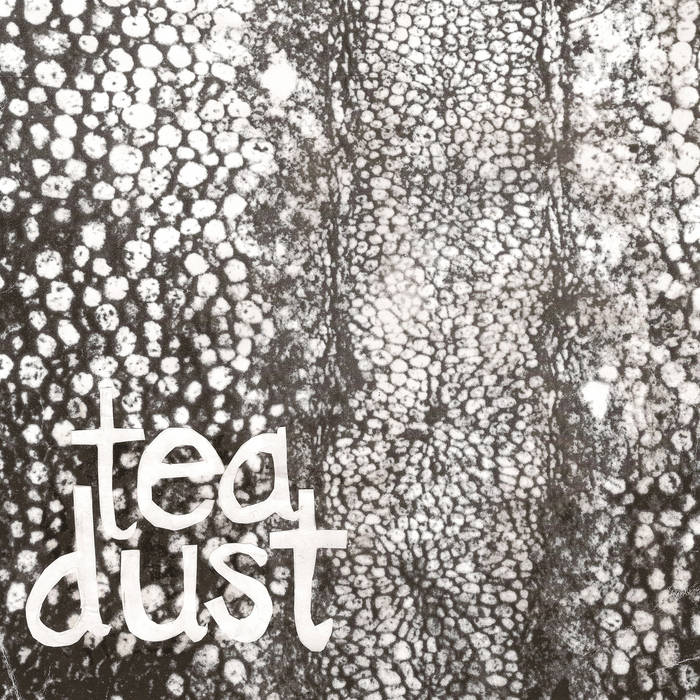 From a post on the Yoko Ono Tribute Weekend blog:
'Tea Dust are included in a list of projects coming out of the "breeding ground" of The Wine Cellar [in Stevie Kaye's essay in Erewhon Calling: Experimental Sound in New Zealand] but this is kind of misleading. While this is true insofar as Angeline and I met via Wine Cellar associations, I've never lived in Auckland and we didn't play together until we were both living in the UK. The only locations in which Tea Dust has technically existed as a band are London and Witney (West Oxfordshire). In fact, Angeline decided at some point that our 7" was going to be a concept record about our trips to visit Stonehenge ("Driving around/Circles and mounds") and North Leigh Roman Villa in West Oxfordshire ("It's not what I expected/Kinda like the light here"). Pretty far from The Wine Cellar then!'

all songs made up and recorded by ben [spiers] and jane [austen aka angeline chirnside] in england 2009/2010.